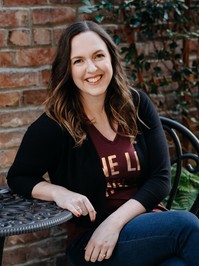 I've gotten to do some pretty cool things in my life so far. I've given birth to a really cool little man. The giving birth part wasn't that cool but, you know, the after part was. I acted in a Shakespeare play in middle school, I thought I was the next Meryl Streep. And this year for my birthday I went to see Air Supply with my mom and best friend and got to rest my arms on the stage while they sang Making Love Out of Nothing At All...to me. However, I must tell you that getting the chance to interview Lucy, Claire, Kathryn and Pippa is by far the coolest thing to happen to me not only this year, but possibly ever.

Thank you so so much Claire for taking the time to answer all of my questions!!


1. How did you create Cameron and Jude?

When the four of us authors decided to write this series, I started thinking about concepts, tropes, and themes I might want to incorporate. I went through a few ideas before I landed on one that really spoke to me - a bodyguard story. I've never written a story about a heroine and her bodyguard, and it sounded like it would be a ton of fun. I love a protective hero and the push and pull of a relationship that's supposed to remain professional.

Cameron took shape as I chatted with the other Bluewater authors (sadly not at DQB) and learned more about their characters. I knew I wanted Cameron to be a CEO and to have earned her fortune. And putting her in charge of an aerospace empire seemed unexpected in a way that really spoke to me. Jude has a lot of my writer catnip traits. He's big, powerful, extremely skilled and competent, and also has some very poignant vulnerabilities.

2. If you could be the CEO of a multi billion dollar company, what would the company be?

That's tough because honestly, I wouldn't want to do anything other than what I already am doing. And if I was a CEO of anything, I'm pretty sure I wouldn't have time to write books.

3. There are 4 authors in the book that the girls love to listen to when they go to Drag Queen Brunch. If you could go to a DQB with 4 of your favorite authors within ear shot, who would you pick?

Do I have to stick with four? My fellow Bluewater authors are honestly some of my favorite authors as a reader, but maybe it's cheating to pick them. I'd love to eavesdrop on Mariana Zapata, Melanie Harlow, T.S. Joyce, and Tessa Dare.

4. Speaking of DQB, do the 4 of you write together like the authors in the series?

I wish! Sadly, we don't live close enough for that. I live on the west coast, so I'm the farthest from the rest. Lucy Score and I have been able to get together in person a few times, both at writers conferences and just for fun. And me, Lucy, and Pippa Grant were just at a conference together in September. I get to meet Kathryn in person for the first time at Indies Invade Philly and I'm SO freaking excited. The four of us will all be together and it's going to be amazing.

5. Jude is total book boyfriend material. Who is your favorite guy out of the 4 books?

Gah! I couldn't possibly decide. Derek is so swoony and charming, Jude obviously has a special place in my heart. Beck is delightfully grumpy and deep and wonderful. And West is so hot and protective and growly. I love them all!

6. Out of the 4 girls, Emily, Cameron, Daisy, and Luna, who would you say you're the most like?

I'm probably a bit of Cameron and Emily. Cam's sarcasm comes easily to me and although I don't work myself into the ground like Emily does, I have my moments.

7. If you lived in Bluewater with Pippa, Lucy, and Kathryn, and you were in charge of an activity for the community, what would you choose?

I'd be all over throwing 80s night (and heck, how about 90s night!) at the Bluewater Disco!

8. What is your favorite part of Bluewater?

I absolutely love the idea of creating a little micro community and being neighbors with my best friends. My husband and I did live next door to our long-time best friends for about nine years. We didn't build an entire community, just neighboring houses, but that in and of itself was amazing. Job changes meant we're no longer neighbors (but still close friends) and the four of us keep trying to figure out how we can make it happen again.

9. What was your favorite part of your book?

My favorite scene to write was the rescue scene at the end, particularly the juxtaposition of what they're doing (escaping bad guys), and their conversation. It was a keystone scene for me- something that was in my head in quite a bit of detail from the beginning. I could envision the whole thing and when I got to that part, it turned out exactly like I hoped it would.

10. If the Mogul and the Muscle had a theme song, what would it be?

Are you ready for the glorious cheesiness? Never Gonna Give You Up by Rick Astley. Largely because of Cam's love of 80s music and it plays when she honks the horn on her tricked-out golf cart.

I also have a playlist for The Mogul and the Muscle, including the songs that appear in the book and some that were on my playlist while I was writing.

Buy The Bluewater Billionaire Books:
The Price of Scandal
The Mogul and The Muscle
Wild Open Hearts
Crazy For Loving You
Posted by KayleighCalling at 9:00 AM