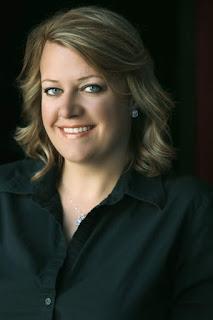 I reviewed A Little Like Destiny on Tuesday so you all know how I felt about it.

Literally minutes after I finished the 3rd book I wrote Lisa Suzanne and asked her if she would be interested in doing an interview with me.

Guys, she was awesome!! She wrote me back instantly and she was so stinkin' nice. She let me fan girl forever and I have to tell you, it meant the world.

So thank you Lisa for not only taking the time to answer my questions but for also being such an awesome human.


1. How old were you when you knew you wanted to be an author?

I always loved to write, but I never wanted to share my writing with anyone. It wasn't until I had my husband read something I wrote back in 2012 that he encouraged me to look into publishing. I finally got up the courage, and now I've published 21 books in under six years!

2. You've said you created these characters over 20 years ago, what made you decide to release them to the world?

I started writing what eventually became A Little Like Destiny when I was back in college. I actually just found a notebook the other day with some of the original story in it! At some point I typed up what I had started on yellow legal pads and in notebooks, and I kept adding to it and adding to it. Every time I finished writing a different project, I'd open the file and read through the story, but it got to the point where it was so long, it was overwhelming to even think about editing it. So in 2017, I decided to start over from scratch, use the characters I knew (and loved) so well, and drop them into a different time and setting, I couldn't stop and was beyond happy with the finished product.

3. Is there any advice you have for aspiring writers?

If you love to write, make time to do it every day. When I tell people I'm an author, the first response is almost always, "Oh, I've always wanted to write a book!" If you want to write it, make the time to write it! For any writers aspiring to become full-time authors, my advice would be to understand that there's so much more that goes into this career than just having fun writing a book. I've learned so much in the past six years, but maybe one of the most important lessons is that being an author means running your own business. Only about 25% of this career is actually writing the book.

Matchbox Twenty, with Maroon 5 as a close second!

5. I am not the biggest fan of love triangles and I'm usually set in my ways. I don't think I've ever swayed once my mind is made up. However you stumped me with this book, lol! Did you know all along who you wanted Reese to end up with?

Yes! This was always meant to be Reese's story with the man she ended up with (I'm trying to avoid spoilers, haha!). I always knew it would be him and it was always his story.

6. If you could put on a festival with Vail as the headliner, who else would you have play?

Matchbox Twenty, Maroon 5, Imagine Dragons. OMG, that would be an awesome show!

7. Why did you decide to write 3 books instead of one?

The story was too long to fit into one book. Somehow I always knew it was going to be a trilogy. To me it always had three distinct parts: Reese falls in love, fights her feelings for both men, and then the conclusion. But the original story took place over a summer, and the books were divided into June, July, and August.

8. I have to ask it, which celebrities do you think could portray your characters in a film?

Oooh that's hard! Obviously some really hot men for Mark and Brian! I feel like the models I chose for my covers really represent exactly how I picture the characters, so Mike Chabot for Mark and Forest Harrison for Brian.If we're talking Hollywood, that's super hard for the men. no one has the exact right look, but someone like Adam Levine comes to mind. For Brian, maybe Zac Efron. For Reese, someone like Evangeline Lilly or Victoria Justice would work.

9. How did you feel when you finished the trilogy?

Part of me felt a little sad because I knew I was finally letting these characters I'd known for so long out into the world. It's scary to let them go for them to be judged when I've held them so close to my heart for so long. But the other part of me was really excited. I could feel it in my bones that this series was different, that this one was going to be important and special for my career.

10. If A Little Like Destiny had a theme song what would it be?

It's funny because nearly every book I write, I have one song I listen to on repeat as I go. For this book (and series), though, I don't have just one. I think because it came from such a huge span of time, it's hard to pinpoint one song. As I rewrote the version I ended up publishing, two songs that I played over and over are "Heavy" by Linkin Park a lot as well as "Sound of Silence" by Disturbed. I don't think either of those necessarily represent the story all that well, but both have pieces in them that remind me of parts of the characters. 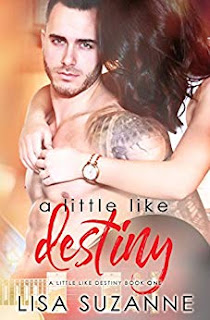 Last month I downloaded this book with Kindle Unlimited. (I'll save you the speech on it because I already told you how wonderful KU is in my previous reviews) I picked it up a couple weeks ago and read all 3 books.

I could NOT put them down.

And then goes home with the lead singer. The literal man of her dreams. Mark Ashton.

The next morning she sneaks out of his penthouse, refusing to be "one of the many" who lingers in hopes he wants more than one night with them. Naturally once she reaches the lobby she drops her bag, spilling out its entire contents. While putting everything back in her bag an unbelievably attractive man starts to help her. He asks her for coffee but she passes.

Flash forward and she's now in an office building ready to meet someone who she's hopeful will donate money to her school. Turns out its the hot dude from the hotel who was helping her with her bag. Conversation happens and Reese finds herself attracted to the young businessman named Brian Fox. So she agrees to go out with him.

The two of them spend more and more time together and she begins to fall for him - however the entire time she's been with him she's not stopped thinking about her one night with Mark. Things begin getting more and more serious between the two and one night Brian takes her with him to a party at his brothers house to meet him and their sister. However when they get to the house it's a little familiar. Scratch that. A whole helluva lot familiar.

Her boyfriend is the brother of her favorite rock star.

I'm going to start with my negative comment just to get that pesky little bugger outta the way. Sometimes Reese made me a little loony. She went so back and forth on things sometimes that I actually wanted to slap her to get her to focus. I'm not sure I've ever loved a character more that also drove me so crazy.

Okay now that that's over let me tell you more.

I am not the biggest fan of love triangles - they can drive me a bit wild sometimes - however I will say that never have I ever swayed once I pick a team. I love Jacob but girl, I'm team Edward. I love Peeta but no I'm team Gale. Whether the character ends up with the person I like most or not I still do not sway.

I was totally team Brian. Nothing was going to change my mind and I mean nothing. When Mark was reintroduced and we go to learn more about that night and more about him I told myself, "Self, you will not change your opinion. You love Brian. You choose Brian." Then before I realized it I told myself, "Self, you have changed your opinion. You love Mark. You choose Mark."

The moment that I finished this book I began book 2 (which I finished in a day and a half or so) and then picked up the third. I couldn't stop reading. I needed to know what was going to happen. I had to know who she'd pick and how they would react.

I loved these books so much that now that I've finished I actually feel like a piece of me is missing. Yeah, it's that good.

So in case you can't tell I DEFINITELY recommend this book - and this series.

Buy A Little Like Destiny by clicking HERE
Posted by KayleighCalling at 9:00 AM No comments:

Today I wanted to share a book with you that I was sent and am currently obsessed with!!

125,000 Ways To Say I Love You is an interactive flip book that you have complete control over! There are 3 sections with multiple phrases or words and you get to combine them any way that you want. You can make it say pretty much anything. It can be something super sweet or something a little bit salty ;)

It's the perfect book to give someone for Valentines Day - or really any day. I also think it's a fun book to buy for yourself. I've been having so much fun changing what it says and literally laughing out loud at some of them. 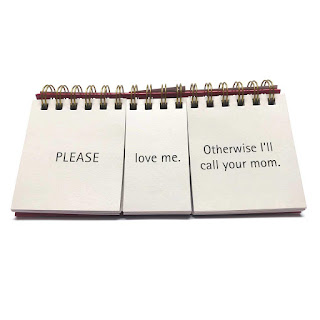 If you'd like to buy this book for you or your special someone click any of the links below! :)

Posted by KayleighCalling at 7:52 AM No comments: