Because of Lila by Abbi Glines Is Now Available!! 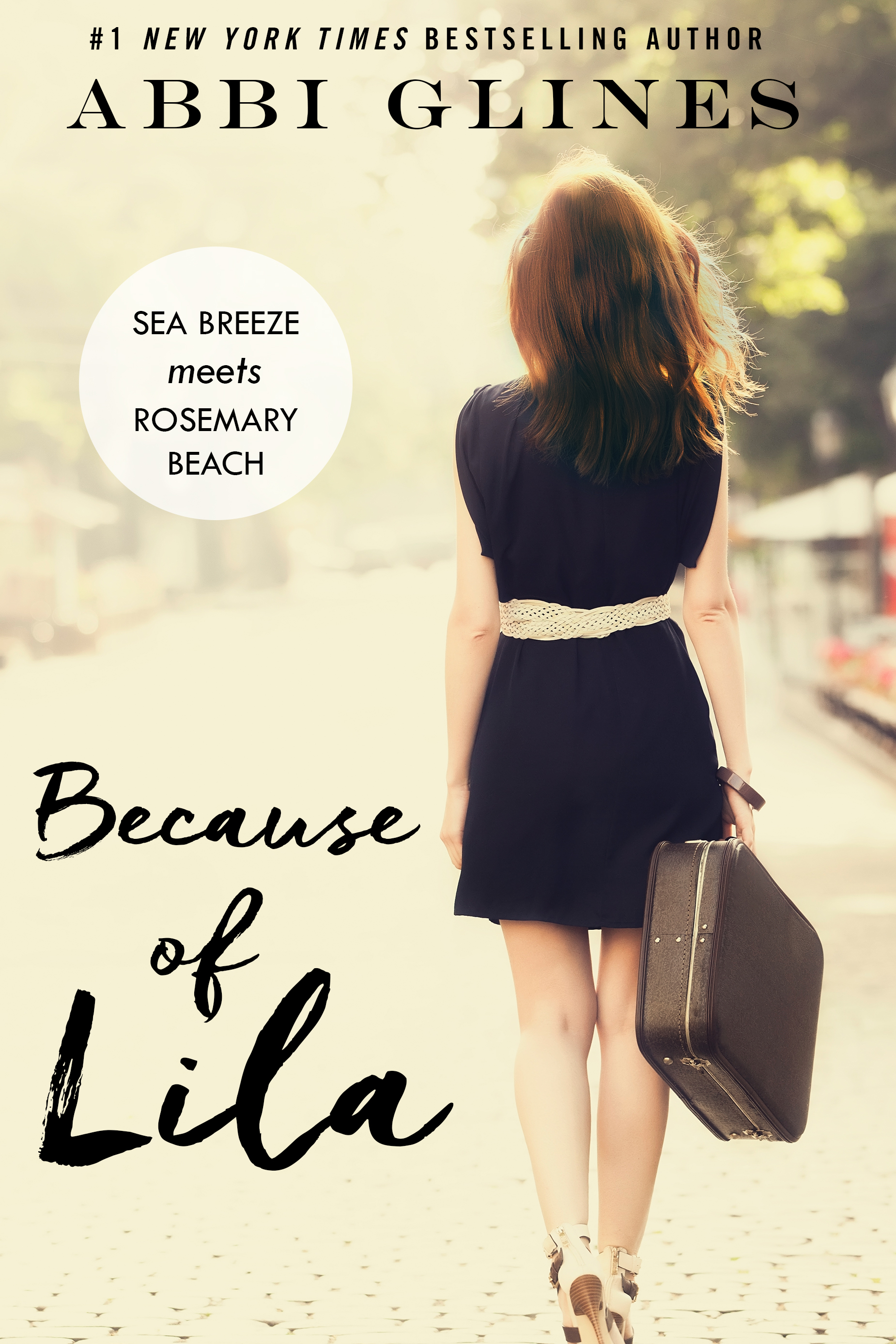 Lila Kate Carter has heard them all. The last one, being the newest. She is not icy. She just doesn’t care for Cruz Kerrington and his spoiled, selfish, careless ways. That doesn’t make her icy, that makes him a jerk!
Tired of being labeled and doing what is expected of her, Lila Kate leaves Rosemary Beach, Florida ready for an adventure. Wanting to recreate herself, find a new path, and become something more.
Eli Hardy is tired of women who always act the same, do the same thing and expect the same thing. He's ready to swear off women until he can get the rest of his life together.

Two weeks into his no-women-rule he meets Lila. She’s so damn sweet and polite. Like she walked right out of an etiquette book. But he’d already been drunk before she walked in so there was a good chance she might not be as stunning and perfect as he thinks. He’s just too drunk to worry about that.

The next morning, he swears he can still smell her on his skin. He just can’t remember why or what happened after that third dance.
Their worlds are about to collide, and so are the secrets and lies.

BUY BECAUSE OF LILA ON:
Amazon
Kobo
iBooks
Nook
Smashwords

ABOUT THE AUTHOR:
Abbi Glines is a #1 New York Times, USA Today, and Wall Street Journal bestselling author of the Rosemary Beach, Sea Breeze, Vincent Boys, Field Party and Existence series. She never cooks unless baking during the Christmas holiday counts. She believes in ghosts and has a habit of asking people if their house is haunted before she goes in it. She drinks afternoon tea because she wants to be British but alas she was born in Alabama. When asked how many books she has written she has to stop and count on her fingers. When she’s not locked away writing, she is reading, shopping (major shoe and purse addiction), sneaking off to the movies alone, and listening to the drama in her teenagers lives while making mental notes on the good stuff to use later. Don’t judge.
You can connect with Abbi online in several different ways. She uses social media to procrastinate.
Website Facebook
Abbi's Army
Twitter
Instagram
Goodreads
Amazon Page
Newsletter

Posted by KayleighCalling at 9:33 AM