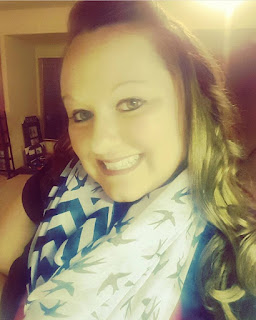 It's been a hot minute since I have shared someones DUFF story but I'm so happy to be bringing it back today. My friend Heather will be telling you her story and I have to tell you I think she did such a beautiful job writing it and I'm so proud of her for being so fearless and opening up to us.
Thank you Heather!!
____

My name is Heather and I'm a DUFF!!
I've always made friends really easily. I was never the shy girl. I love to talk, dance, and help out anywhere I could. I was a part of so many groups in school, but I never fit into one particular group of people. I fit into all of them in some way so as awesome as that might sound, it's actually quite lonely. I had so many friends but soon realized I was always going to be that girl that they associated with for whatever need they had for me at that moment, like the backup friend in case something better fell through. I was never really the popular one by society standards. I mean I liked to read and was good at school and followed the rules: the good girl that did what she was supposed to.
I was the plain girl next door, the one that is always there for you, but you never really pay attention to. I've always felt like I was pretty, but never beautiful. I've never been skinny a day in my life and I'm barely 5'2" with mousy light brown hair so not really model material you know, and people sometimes made fun of me and called me "Hefty Heather" like it was a compliment. I tried to ignore it but deep down it hurt so bad and no matter how little I ate and how active I was I could never lose enough weight.
This battle followed me well into early adulthood and I often stumbled over my style to find what I could wear that was flattering and what I shouldn't wear. I realized I should always play up my eyes and smile because they are my best features and that glitter is always a girls best friend. I also learned that I have Poly-cystic Ovarian Syndrome (PCOS) and Endometriosis which is the reason why I have such a hard time losing weight, along with that comes infertility and gull bladder issues along with a ton of food allergies as well as depression and sever anxiety. I also had to have a cancerous tumor removed and undergo radiation therapy. So in a nutshell the weight is the least of my concern. It wasn't until after I started dating my husband and ending up in a treatment facility after a suicide attempt that I was able through a lot of therapy and self reflection and having the most supportive husband, friends and family a girl could ever hope for. I finally got to a place in my life where I can actually say that I love the person that I am.
I will also learn to love the many versions of this person that will evolve as my life goes on. I have learned that it's okay to not be perfect according to some stupid stereotype that society makes us think we have to fit. Yes I still have my days where I look in the mirror and am like "oh girl today is not your day" but on those days I make myself put on my favorite heels and dress and put on the makeup and do my hair because my momma always told me that no matter what, "You get up, dress up, show up and never give up." I am proud of the woman that I have become because I have had to fight her so much in order to become her. I can finally accept it as a fact when my husband calls me beautiful instead of dismiss it as him just being nice. I know that it is okay to stand out because I have a super power that no one else has. I am ME and no one else can ever have that power.
Guess what, you all have an equally amazing super power too, the power of being YOU and don't ever let anyone take that power away!!
Posted by KayleighCalling at 6:22 AM