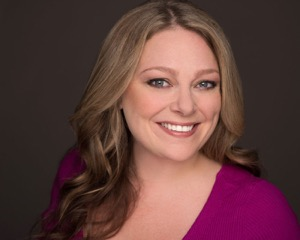 ﻿
Today I'm going to share an interview that I did with the lovely Leslie Welch.
I recently reviewed her book The Goodbyes and if you've read my review then you know that I really liked it.﻿
I'm so grateful for the chance to interview Leslie so huge thank you's go out to her and her team!!
Enjoy!!

1. What is the first story you remember writing?
Like most writers, I started writing as soon as I could string letters into simple words. My early stories were about my pets. But the first thing I wrote that met the “academic requirements” of a narrative was about my little brother climbing through a portal in our shed and saving our neighborhood from a terrifying monster. Twenty-three years later, it’s still one of his favorites.

2. Are there any authors that you would enjoy co-writing with?
This is a tricky one! Exploring a story with another writer is so much fun, but having different expectations for the direction can add a lot of time to a project. I co-wrote my first novel with my best friend. It took us seven years to finish the first draft. We’re still revising (but thankfully almost done).
I think I work best as a solitary writer because I take off on crazy tangents. I can spend a week rewriting chapters to make a new idea work, then decide not to pursue it. I’d hate to subject another writer to that. As for my BFF, she’s learned to deal with it.


3. Which authors do you look up to?
I’m a huge Vonnegut fan. Sirens of Titan will always be on my list of favorite books. He taught me how to escape the expectations of a traditional novel while adhering to the conventions of good storytelling.
As for contemporary authors, Rainbow Rowell is a huge inspiration. I love the emotional spectrum she creates for her characters. When it comes to language, Lauren Groff’s prose stuns me. I’d love to be able to write with her intensity.

4. In The Goodbyes Webb wants to be a musician when he's in high school and then later his dreams come true. What was your dream job in high school?
I wanted to be so many things: an actress, a singer, an astronaut. When I was eighteen, I won an acting contest sponsored by Entertainment Weekly. First prize was a trip to Ft. Worth to see the world premiere of 8 Seconds. I thought for sure I was headed to Hollywood, but it never happened.
In college, I chased my dream of being a musician and independently recorded seven albums. I’m still waiting for a chance to be an astronaut. Maybe I’ll be the first author on Mars (hint, hint, Elon).
5. Bree has a lot of drama surrounding her, have you ever known anyone like her?
I feel like we’ve all known someone like Bree. That friend who doesn’t realize how their words or actions affect people. The person who doesn’t realize they’re in a world full of people.
From a psychological perspective, Bree has legitimate reasons for acting the way she does. But, from a human perspective, she leaves a path of destruction without a glance in the rearview mirror.

6. Webb is in love with Bree even though she isn't the best for him, have you ever been in his shoes?
So. Many. Times. I’ve also been the girl who didn’t handle other people’s hearts with care. I had a very skewed perception about love when I was younger. I grew up not knowing my father. I carried this rejection into my teen years and constantly searched for validation through relationships.
It took a lot of work to leave my baggage on the conveyor belt and decide to travel light into love. Now, as an adult (who has been happily married for fifteen years), I’m absolutely grateful for the puffy, white scars these experiences left behind. They gave me a lifetime of feelings to tap into. And those guys? It’s safe to say I dodged some major disasters.
7. Music is an important part of my blog and your book, what music inspires you?
I love music that builds a world around me. I’m a huge Snow Patrol fan. The Lightning Strike is the perfect example of a song that triggers my imagination. Every time I hear it, I see a story. In fact, my next book was inspired by the lyrics.
I’m also a big fan of The XX, Band of Horses, Metric, and Imagine Dragons. They’re all on my writing playlist.

8. Who was the hardest character to write?
It was challenging to write Bree. In early drafts, she was pretty one-dimensional. Originally, this was an intentional choice because that’s how we perceive people in high school. We lack the emotional experience to pick up on nuances. It’s easy to believe that popular kids have a magical life, or that our crushes are perfect. But we all have secrets.

I had to work really hard to find a balance between revealing enough to let the reader “fill in the blanks” while letting Webb continue to see her as an enigma. He might not fully understand what’s happening, but the reader can guess. This might be frustrating for some readers, but it’s the same thing as the top spinning at the end of Inception. Did it fall over? We’ll never really know--just like we will never truly understand any other person beside ourselves.
9. Who was your favorite character to write?
I love Charlotte. If I knew her, she’d be one of my best friends. She doesn’t apologize for who she is, but is still empathetic. I’ve thought about writing the story from her perspective. It would be interesting to see what her journey was like.

10. If The Goodbyes had a theme song what would it be?
The first song that comes to mind is Fix You by Coldplay. I mean, if you really read the lyrics, it’s almost perfect.