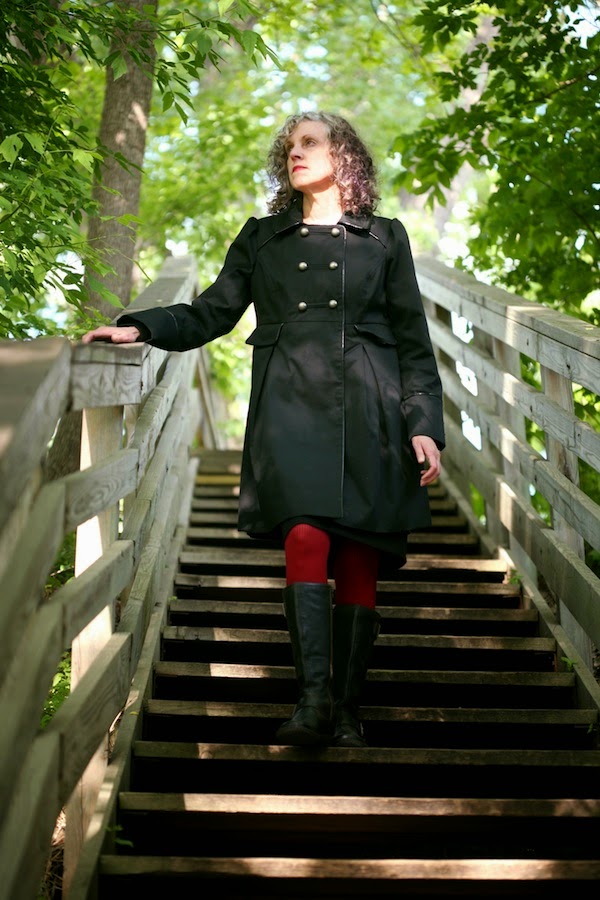 If you could see my face right now you'd be able to see how excited I am to have done this interview.
I read He's Come Undone in a few hours the other day and did a review for it on Tuesday.
In case you haven't already figured it out...I FREAKING LOVED IT!
It was so so good.
It was like watching a movie in my own head.
Ah.  LOVE.
Okay, okay enough about the goodness of the book. Onto the greatness of the author, Theresa Weir. She's amazing guys.
She is beyond nice and was so much fun to talk to.
I had so much fun doing this interview with her and I think you guys are going to love it!
Enjoy!

1. What made you want to become a writer?
I was always a huge reader. I think one reason I started writing was to tell myself a story in order to escape the situation I was in.

2. What is the best part of being an author?
My favorite part might be the feeling that comes when a story is going well. Tied with that is a positive reader reaction once the story is out in the world.

3. If you could co-write a book with any author, who would it be?
J.D. Salinger.

4. What are three tips you would give to aspiring writers?
Oh, wow. I can think of so many things. Learn story structure. Don't insist that your story has conflict when it doesn't (every story needs conflict). Establish that conflict early. Know the difference between internal and external conflict. Don't make readers work too hard to figure out what's going on. They'll put your story aside and never pick it up again. Don't think you're creating mystery by withholding information the reader needs. You're only creating irritation. Don't let your backstory overshadow the present story. Okay. More than three. I'll shut up. :)

5. If you could write/co-write one episode of ANY television show, which one would you choose?
I always wanted to write for Buffy. A current show might be The Walking Dead.

6. How did you come up with the idea of He's Come Undone?
It's very strange, because I thought my idea was so unique even though no plot is truly unique. I was on a mind-quest for plots, playing out different scenarios in my head, and came up with the idea of someone kind of slobby and maybe even geeky being hired to break a guys heart. I put it in my plot file and couldn't let it go. I HAD to write it. And like I said, I thought it was unique! That is the bubble writers sometimes live in. Once the book came out, people started referencing the movie John Tucker Must Die, a movie I'd never heard of. Out of curiosity I looked it up on Netflix, but it's unavailable. I figure I'll stumble across it some afternoon in five or ten years and I'll think, Hey, that's the movie. The one so many readers mentioned. If I'd known it existed I wouldn't have written He's Come Undone, so maybe ignorance is bliss. I think the similarity in plot might set up the wrong expectations because the movie sounds like it's a light comedy. Maybe?

7. Julian is totally book boyfriend material, who's your book boyfriend?
I write for four reasons: To satisfy the need to create, to make a living, to entertain others, and to entertain myself.
At the core of this whole thing, when I'm deep in the process, I'm telling stories of my own entertainment. So maybe it's okay to name one of my own characters as a book boyfriend. That person would be homicide detective David Gould of Play Dead and Stay Dead, a suspense series I write under the name Anne Frazier. I once had an editor describe him as despicable--a person with no redeeming qualities, but she didn't get him. I tend to write broken men and broken people in general. And how they deal with their own brokenness is what I find most appealing about them.

8. Ellie is such a funny and relatable character, who are some of your favorite female characters?
I'm so glad to hear you say that about Ellie. I always worry that my female characters behave maybe too much like men, so it's so nice to get your reaction to her.
I'm jumping into the way-back machine for most of this. Holly Golightly, Scarlett O'Hara, Clarice Starling, Buffy. I definitely like strong females.

9. Woo hoo He's Come Undone is becoming a movie! Who would you want to play your characters?
This is tough, because I've already demonstrated how pathetically clueless I am when it comes to movieland. I tend to watch series television, and I just realized there's a lack of twenty-something actors on the shows I watch. Obvious actors would be Emma Watson and Zac Efron, but I'm going to go with Greta Gerwig and Anton Yelchin. All suggestions and auditions welcome.

10. If He's Come Undone had a theme song what would it be?
Way-back machine again. Big Star's "Take Care" from Third/Sister Lovers. I was listening to that album while working through the scene near the end of the book where the cops come to Ellie's apartment. The song is about someone who's unstable and a danger to himself. It's not one of their better songs, but it fits the story and has this very plaintive quality to it.