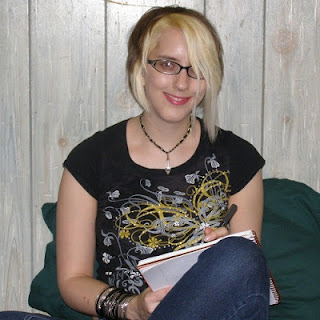 If you saw my post before this then you know that I just finished "Being Human" by Patricia Lynne.

What's cooler than reading her book? It's interviewing her duh!

So here it is!


1. What made you want to become a writer?
I actually never wanted to be a writer. When I was in high school I was a big art geek and even went to college for art. One day I was bored and decided to write a story that was floating in my head. I really enjoyed it so I kept doing writing, but had no intention of ever letting another person read it. When I got the idea for Being Human it struck me as a story other people might like to read. I started looking into publishing it. All the while, getting more story ideas. Now I can't imagine not writing. It's fun and relaxing and I like giving other people a story they enjoy. Although I do laugh like an evil scientist when a reader says a scene made them cry.

2. Why is Tommy's story so important to you?
I think because it's different from all the stories out there that i've read. That was one of my motivators for writing it. I was tired of the same kind of vampire hero. Rich, handsome, Emo, and whining about how he's no longer human and has to drink blood. I wanted a vampire hero who didn't mind getting some flesh stuck in his teeth. I wanted my vampire hero to embrace what he was. Tommy isn't evil because he kills no more than a lion is evil for killing its prey.

3. In "Being Human" names are really important. How did you come up with the names for your characters?
The characters mostly named themselves. Tommy appeared in my head and that was the name he told me. Danny was the same. Charissa is the only name I really picked. I had a coworker with that name and I really liked it so I named Danny's wife that.

4. A lot of vampire books out there are about romance. What made you choose to write your story about brothers?
I chose to write a story about brothers pretty much because most love stories are romances. It's always boy meets girl. The love in this story is about family. Tommy will do anything for his brother. I really like the idea of love being more than just about romance.

5. Have you ever read a book that reminded you of something you wrote? If so what was it?
The only book I know to compare Being Human to right now is Warm Bodies and I only recently figured this out. I think I did a pretty good job of creating a unique story with Tommy. I really struggle to compare.

6. I loved Mackenzie. Have you considered writing a companion to "Being Human"?
I love Mackenzie too. Some of my favorite scenes were with her.
No I haven't, but I bet it would be fun. When writing the story, I did think up little scenes, but they were usually from Danny's POV since he has a stronger connection to Tommy.

7. Tommy and Danny are extremely close. Do you have any siblings or people that you have that kind of bond with?
Actually, i'm super shy and introverted. I have family and friends that i'm close to, but for me, they're always at an arm's length. I'm not touchy-feely or a spill-my-guts-to-you type person.

8. If you could only read 3 books for the rest of your life, what would they be and why?
Why is it always only three books? I've been asked this question before and it's always three! Also, you'd think i'd remember my previous answers, but I don't. Let's see. Warm Bodies by Isaac Marion because it has a great story and message. Speak by Laurie Halse Anderson because it really got to me when I read it. Harry Potter because it would remind me to keep my imagination alive.

9. What authors would you say inspire you the most?
Heather Brewer is my hero author. She is an amazing writer, so fun (I follow her on twitter) and motivational. It was because of her I decided to publish Being Human.

10. If "Being Human" had a theme song what would it be?
I liked the first song you suggested to me when we were chatting the other day: Behind Blue Eyes by Limp Bizkit. No one knows what it's like to be the bad guy. Tommy does.


If you'd like to pick up a copy of Being Human then click on one of the sites below... 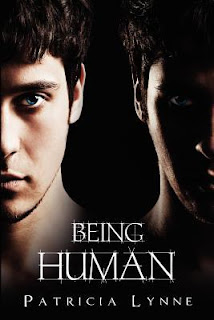 Barnes And Noble
Posted by KayleighCalling at 8:03 AM