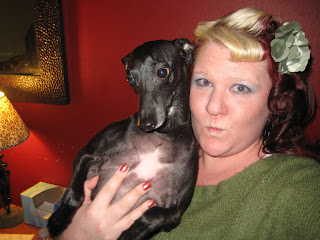 Recently I was lucky enough to get an interview with Jay Crownover, author of "Rule" If you've seen my first blog post then you know that I am a HUGE fan of this book. Like had a crush on Rule-can't stop reading-I need more loved it!
Many thanks go to Jay for giving me her time and answering my questions.


1. How long have you been writing and what made you want to become a writer?
I have always been a person that writes things, but being a writer as in a person that puts things out in the world for others to read, that is all new this year. I have never before Jan 2013 made a profit of a writing. I like stories, I like characters both real and imaginary...I like the idea of building things up and breaking them down for a reader so I guess that's why I write. Plus it's fun and I can do it in my pajamas.

2. Do people you know ever influence your characters?
Kind of. More my world and the life I live influences my characters. I really do try and stick with writing about things I kinda know about, I like the story and characters to be relatable as much as possible.

3. I read on your goodreads that you'd love to be a rock star. Do you play any instruments? If not what do you wish you could play the most?
I do not. I just love music so much, it's a huge part of my life. It plays a huge part in developing a character and a scene for me in my head. If I had musical talent I would play the guitar and try and be a singer/song writer.

4. You aslo said you have many tattoos, as do some of your characters in Rule. Are there any other similarites between you and your characers?
I work in a bar like Shaw and Ayden, I went to college and lived in Denver for a lot of years, I like to hang out in bars and listen to live music, I used to be a punk-rocker like Jet, I'm kind of wacky like Cora, I often feel like the responsible older sibling like Rome but mostly I do what I want, when I want often to spite myself and it doesn't always end well just like Rule. His desire to be his own man is one we all struggle with. I was just lucky enough to have a mom and dad that let me do it and never try and make me conform.

5. Do you listen to music while writing? If so what genre?
I do, the play list at the back is what was playing while I wrote. I like Americana and good ole Southern Rock and Roll. The Drive By Truckers are my favorite, right now it's a lot of death metal and hard rock getting in the mood for JET.

6. How did you come up with the character Rule?
I just saw him and Shaw and then sort of took over. He was a guy that I understood but I wasn't sure how to make people like him since he was such a jerk initially. Really he's like a lot of the 20 something guys I encounter day in and day out while i'm at work, just a guy living like and trying to figure it out.

7. Why did you choose Rule to be the main male character and not Remy?
Well Remy was always gonna be dead so there was no way I could make the story about him and I knew that Shaw was going to be in love with Rule forever so it just made sense. Rule and Shaw just had chemistry and a powerful dynamic all along.

8. Will we get to see Rule and Shaw in your next book "Jet" or do we have to wait and be surprised?
Like I said I want to keep the stories relatable and in real life our friends don't just disappear because we have stuff going on in our lives. They'll be around, I kind of feel like they are the glue that holds the group together.

9. All of the characters in this book were so interesting in their own ways. Who was your favorite to write about?
Rome...gotta a big soft spot for the big guy. Can't wait to get to his story. I want a big brother like him.

10. Do you think you'd be interested in writing a sequel to "Rule" about him and Shaw?
Right now no...I think I can play their after HEA out in the rest of the books to follow. I feel like they worked pretty hard to get to a happy place and I don't want to stir the pot for them anymore. Maybe if I have loose ends after the final story in the series I'll consider a novella.

11. Can you see yourself writing a story for any of the other characters in Rule?
Jet is almost done, Rome us up next and then Nash and Rowdy...at least unless I run out of steam or ideas :)

12. When can we start looking for the release of "Jet"?
I want to have it out in May, looks like I should be able to make that happen.

13. If "Rule" had a theme song what would it be?
I always say Black Rebel Motorcycle Club's Beat the Devils Tattoo is Rule's song, but I guess for the whole book If I Wanted Someone by Dawes really kind of covers it.
Lots of Love from Colo
JC

Pick up "Rule" and fall hard just like I did. It's got love, a cool chick, and a smokin hot guy with tattoos and piercings. I promise you will NOT regret it! 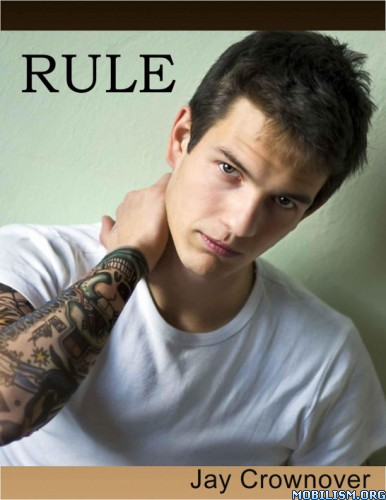 Posted by KayleighCalling at 9:08 AM