For Now by Chelsea M. Cameron 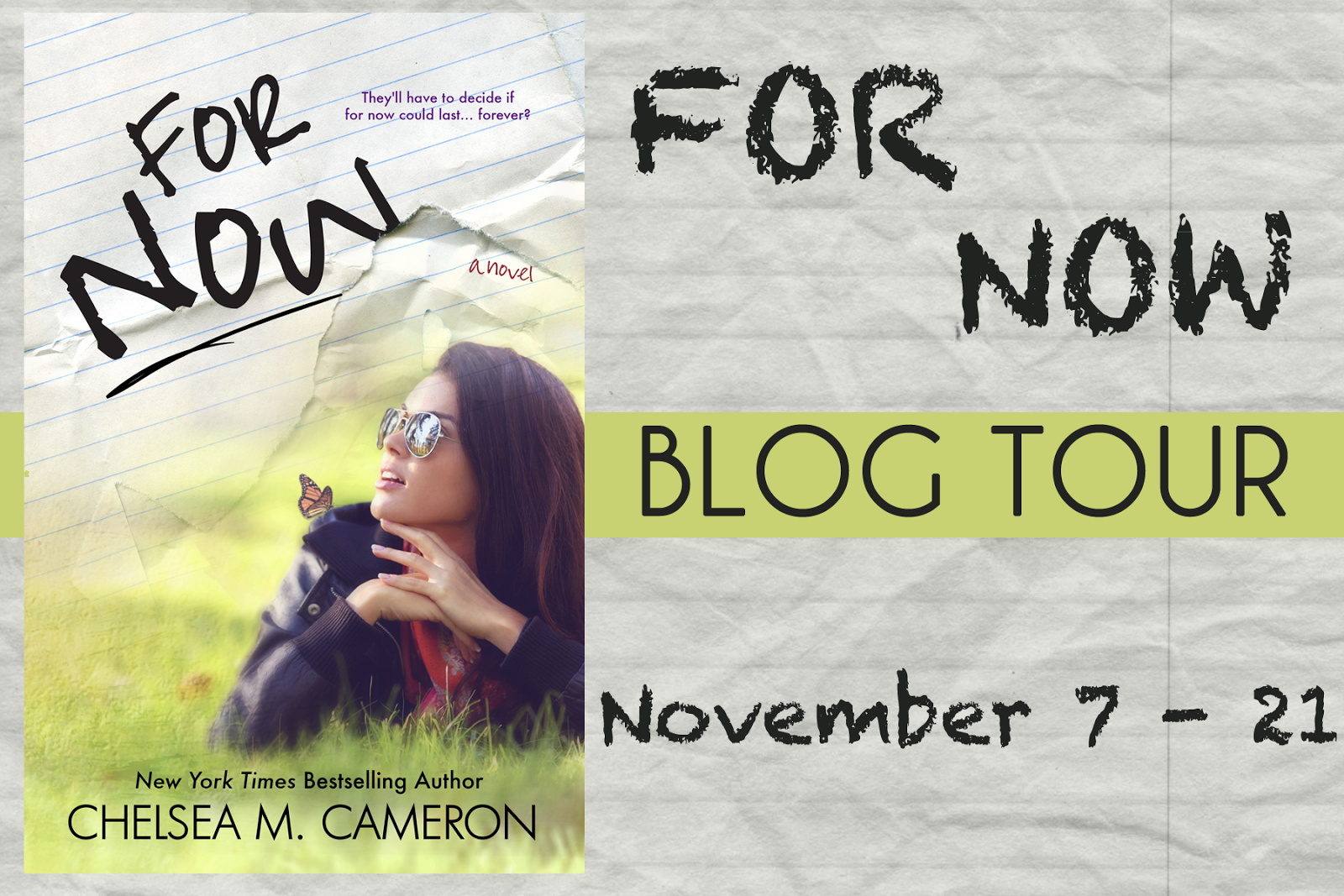 So before we get into the "actual review" I wanted to give some background. A year or so ago I read My Favorite Mistake by Chelsea M. Cameron and fell head over heels crazy for it. It. Was. Great. The characters were funny and incredibly loveable, the romance was there but not to in your face. It was almost perfect in my opinion. So when I was sent For Now to review I was stoked. Another Chelsea M. Cameron book? Yes please! Unfortunately I'm not a huge fan of this book. The first 20% that I read made me want to put it down actually. I felt like the romance was kind of weird and I wasn't sold on the characters. HOWEVER I decided to push through it and ended up enjoying it.
First of all this is the second book in a series which I wasn't aware of when going into it. I don't think it's necessary to read the first book though because I kept up pretty well. The only thing is there was a couple of times that they referenced the first book so that was confusing a little.
Anyway the book primarily follows Javi and Hazel who are the best friends of the main characters in the first book. The two are the kinds of friends that pick on each other and secretly have it bad for one another but are to stubborn to admit it.
After their best friends start spending all of their time together Javi and Hazel begin spending more time together. It's pretty clear early on that Javi has the hots for Hazel but nothing happens for a hot minute. Eventually though the two realize that they have it bad so they hook up. The rest of the book you find out more about Javi and his past and you get to watch their relationship blossom.
My pros for this book are Javi ended up being pretty loveable and I also liked Jett.
The con is that I felt rushed throughout the entire book. I'm normally all for relationships to blossom fast because I hate--and I mean HATE--when the characters don't get together until the end. However this one happened so fast. It was like Hazel was all "It's not happening" and then the next chapter it was in fact happening. I also felt kind of awkward when reading the sex scenes. I've read 50 Shades of Grey and many new adult books so I'm used to books with sex. This however was just uncomfortable and I felt weird.
I also didn't think that the writing was as good as it was in My Favorite Mistake.
HOWEVER it was a pretty quick read and the second half was a lot better than the first. The characters did end up fun to read and I did find myself smiling every now and then.
If you like New Adult Contemporary then here's another book to add to your TBR.